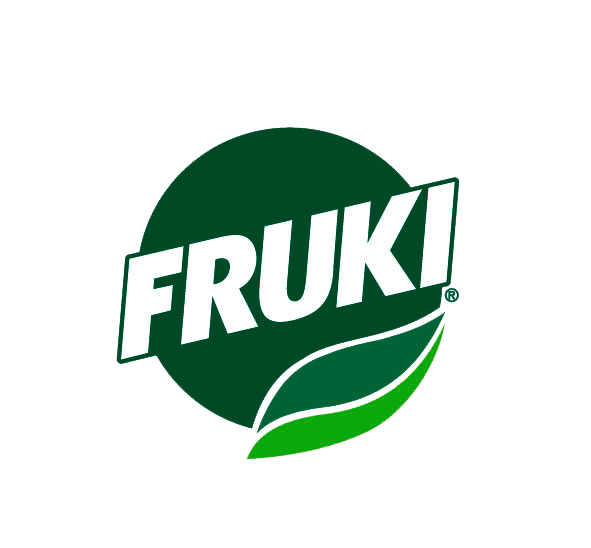 Get to know the Fruki case

This case describes the Data Center Migration project of Bebidas Fruki S/A, a traditional company of the beverages field with over 1000 employees and over 600 IT users. The client’s business is in full expansion, being one of the biggest industries of Southern Brazil.

From a small factory initiated in 1924, with a production of only 200 bottles per day, until the current times, wherein the industrial park has a capacity of 420 million liters of beverages per year, FRUKI has stood out as one of the most important soft drinks industries in the Brazilian scenario.

With the headquarter and industrial park located in an area of 25 thousand m² in the city of Lajeado/RS, it has modern equipment, cutting-edge technology and seven automated production lines to produce its main products:

The project’s main challenge was to design a cloud solution to fulfill the scalability and safety expectations demanded by the FRUKI business. The client’s IT infrastructure was totally on premise and outdated, and it no longer supported the growth in the speed demanded by the business. With new products and new business lines coming, the IT environment soon became very complex and hard to be managed. It was fundamental to find a more robust and scalable solution. Soon, the IT structure became a growth limiter to the business.

In this project, three different solutions were analyzed: cloud Oracle with Oracle S/A, data center traditional with Sonda Ativas S/A and Cloud Microsoft Azure with Teevo S/A. With a fast approach, Teevo S/A was able to make an AZURE POC (proof of concept) with the client’s main system and compose a technological solution of greater value, winning the competition with the other players. Given the success of this migration project, it opened the possibility of transforming numerous business processes with the Azure solutions. We are expecting that this annual consumption may increase a lot in the following months.

Teevo SA, a Tier-1 partner for Microsoft’s Cloud solutions, was responsible for the solution design, technical architecture and migration of the whole IT on-premise environment to Microsoft Azure. All analysis, data collection and solution designed occurred very fast, in less than 30 days. The preparation of the Azure infrastructure and migration occurred in a timeframe of approximately 90 days, with minimal impacts on FRUKI’s productions systems.

In total, 57 virtual machines (VMs) were part of the migration from on premise to Azure. Considering that most VMs were migrated exactly as they were in the client’s environment, without any impact or need of reinstallation. The test environment was the first to be migrated. The results of the first validation tests were very satisfactory in the client’s perspective and accelerated the decision for go ahead with Cloud Azure.

One of the big benefits perceived was the use of an applications portal with single-sign-on, wherein users access all applications at a single location with performance improvement compared to the on-premise solution. This portal was a key technological resource to have the support of users in the cloud homologation process. The access to all applications (legacy system) was developed through a portal using the Remote Desktop Web in Azure and currently the client has over 300 simultaneous Remote Desktop access through Azure’s VMs Self Scaling system, which allows the scalable use of resources according to the business demand.

One of the project’s premises was data safety, all applications were protected with Azure cloud backups according to the retention policies demanded by FRUKI: daily, monthly and annual schedules. The Active Directory (AD) infrastructure was migrated to a Windows 2016 server in Azure, and all external access were blocked, being possible only through VPNs managed by the Azure Firewall. About the Oracle licensing, FRUKI used in Azure the Oracle enterprise licenses that they already had in the local environment.

Benefits and Impacts on Business

In the local environment, the client was facing a lack of infrastructure resources to support the new business lines. With the Cloud Azure solution, we provide to the client a catalog of options which allowed to choose among a very large variety of resources and different machine types, adequating the productive environment to the actual business needs, without provisioning the IT environments by peak of use. With that characteristic, the client was able to dimension and measure specific resources to their productive lines, optimizing costs and allocating them correctly.

Another important benefit was the fast allocation of new resources for internal projects according to the use, enabling and disabling them at any moment or in a pre-scheduled manner. This streamlined homologation process of new systems improved the ROI management of the IT projects and contribute for a lower setup cost of new environments.

Regarding the productive environment of ERP TOTVS, the client noticed a significant performance gain in the main business routines upon migrating to Azure. These positive results brought great credibility to the project and internal support of various stakeholders, allowing the analysis and use of new cloud solutions.

With adoption of Cloud Azure solutions, FRUKI S/A has begun counting on access to advanced cloud infrastructure resources, which otherwise, would not be available in on-premise environment, for example: IA (Intelligence Artificial) and Machine Learning resources. As soon as the migration was completed, an analysis of the main business processes began in order to promote a digital transformation. The migration to Cloud Azure solution opened a new set of possibilities not perceived until then.

The platform in Azure also made feasible a project for main systems contingency in a different Cloud Azure region. They are planning building and investing in a backup site, considering that they could able to replicate the IT environment in cloud easier and with a lower cost than on-premise solution. This backup site project was already flagged as a next step by the client.

However, one of the biggest gains in migration to the cloud was to allow FRUKI’s IT department to resume the focus of their actions in to support business strategies, and less in IT infrastructure. That certainly allowed the IT area to work more oriented to the company’s result.

It is important to highlight that FRUKI Bebidas’ Azure Cloud project opened doors to several new projects in other clients. Considering the company size and regional representativeness, the FRUKI case opened new horizons to the Azure solutions in our region industrial market. Many of the technologies used successfully in this client are being offered and requested since then. Much beyond a mere case of Data Center Migration, the FRUKI case represented a milestone for Digital Transformation of several businesses and opened doors for a lot of new Cloud Azure projects in our region.

The #DesligueiMeuDataCenter started as a customer migration project from Teevo’s datacenter to Azure, but we understand that this is only the beginning of a great market movement and clearly signals to customers that it does not make sense anymore to invest on local infrastructure and datacenter.

The focus of IT managers should be on looking at business, how to add value to organizations and use the technologies available to ensure the differential in a market that is increasingly competitive. As long as IT areas are paying attention to infrastructure, there is no room to think about how to adopt platforms to effectively perform digital transformation.

We have no doubt that in a few years it will be very rare to find customers who still make efforts to manage on-premises environments. To ensure the survival of these organizations, the focus should be on the understanding of how technology can be used to transform business.

We are sharing a message to the market that the journey to the cloud is inevitable, even for companies offering datacenter services through local infrastructures, and Teevo was Brazil's first datacenter to carry out this movement.

Count on TEEVO to shut down your Data Center.

Get in touch and get information, ask questions and find the solutions you need.